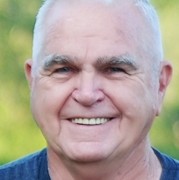 Chuck was born in Smithfield Pennsylvania to Dorothy Grace Hibbs and Uriah Alvin Miller. He was one of 10 children. After joining the military in 1949 he went through basic training at Fort Dix, New Jersey. He then went to Landshut, Germany where he stayed until his discharge. He married Arlene Ruth Myers in 1956. In 1958 they had a daughter Nancy Gail. They moved to Arizona in 1961 where Chuck began his own carpet installation business. He also had his own photography darkroom for a while.  His first grandson Charles is his namesake. His current hobbies are wood working and computers. You can see some of the things Chuck as made on his workshop page.

Anyone who knows Chuck knows of his phenomenal sense of humor which he not only passed on to his daughter but every single one of his grandchildren and great-grandchildren. Through the years no matter the trials or tribulations one thing his posterity knows how to do… is be silly, laugh and have fun! 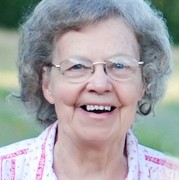 Arlene was born  April 5, 1926 to Edward Raymond Myers Ellen Walls Myers in Fairchance, Pa. I didn’t know the family till they moved to 33 DeForest Avenue.  Chuck tells their early story this way:

“Ewing, her brother,  was my age but I don’t remember how we met. It was probably in school. I think Mom worked at a couple of places in Uniontown. Decker’s Lunchonette and a drug store. The first time I remember seeing her was when my neighbor, Patsy Lucia,(pronounced Luchie) and I had made some crepe paper flowers and went door to door selling them. Arlene’s mother bought some from us and I remember seeing Mom there. It had no affect, however, because she was 6 years older than me, so when she was 19 I was only 13, which was a big age difference. Ewing and I were in Germany in the early 50’s in the military. When we got home in 53  Ewing and I started running around together. A flash back, about six months before I came home from Germany, another guy and I were talking about stuff. I told him that when I got home, if she was still single, I would marry her. I was referring to your mother to be. Anyway, Ewing, another friend and myself went to Youngstown Ohio to find work. We got hired by US Steel. As it worked out, Mom was working at Murphy’s 5 and 10 in Youngstown and living with the Jones’. I eventually ask her for a date and the rest is family history.”

Arlene is adored by her grandchildren and grandchildren and even in her 80’s loves nothing more than to with them, young and old alike,  and pretend or play games.  Just view the photo albums for proof of this! 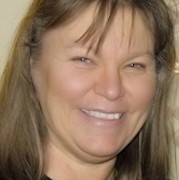 Nancy Gail Miller is Chuck and Arlene’s only child.  As she refers to it she was the “son my dad never had”  being raised a tomboy, something she is incredibly grateful for.  She not only had dolls, but hot wheels, a mini bike, a trampoline and learned to shoot a rifle and bow and arrow.  “My dad was always teaching me new things whether it was leather work, plaster casting, astronomy, fishing, photography or dozens of other various crafts and activities. It seemed like we always had some sort of new hobby going on.”   And don’t think Nancy’s mom didn’t join in. There are videos and photos of her riding mini bikes, shooting rifles and jumping on the trampoline!  Nancy’s dad also taught her to drive a stick shift which was her first car. To this day that is her preferred type of automobile to drive.

Her mom and dad took her on many vacations including Disneyland, the Grand Canyon and Sea World. But one of her most memorable was the one they took right before her senior year when they went  to Germany.

In 1976 Nancy met Roy Rector at church. His family had moved to Arizona.   They started hanging out together as friends, going on bike rides and doing church activities and found they had a lot in common including playing guitar and a love of John Denver music.  They were married in September of 1977.  She was 18 he was 19. As of September 2012 they have been married 35 years.

Nancy and Roy have their own family website here full of photos: www.therectorfamily.com

Nancy is also doing a 365 Daily Photo Project for 2012. All her photos and new daily photos can be seen below. She also posts them on her Facebook and Twitter daily.
http://www.flickr.com/photos/nancyrector/sets/ 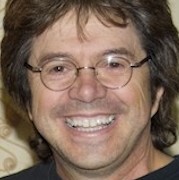 Roy moved many times during his youth but always called Arkansas home.  He grew up raising chickens, cows, building outhouses and even had his own garbage pickup service at a very young age with his brother Bo. On a road trip with his dad he heard on the radio an interview with singer John Denver. The things John spoke of Roy very much connected with. John then sang and Roy decided on that trip that that’s what he wanted to do. Upon returning home his dad bought him a guitar at a yard sale and in a matter of days he had learned his first song.

In 1976  his family had moved to Mesa, Arizona leaving him back in Arkansas to work.  They finally talked him into joining them and he moved out where he met Nancy. They were married the next year. Roy continued to play guitar and write songs through the years but it wasn’t until events transpired that urged him to make the choice to do it full time at age 40. Since that choice he has recorded a CD in Nashville which also contained a duet with Dolly Parton singing “Thank God I’m a Country Boy” and had a record deal in Europe of which his song with Dolly hit the #1 spot for 16 weeks.  His own song “What Our Love Is Not About” also topped the charts.  In 2009 and 2010 he played Red Rocks in Colorado to a sold out crowd both times. He has written almost 200 songs to date.

Roy changed his last name officially to Rivers for privacy issues. Nancy kept his family name as did all the kids.  All of his children play guitar and write music. 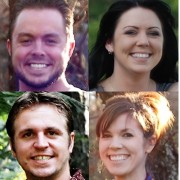 Charles Roy is Nancy and Roy’s first child born in 1978. He is single and currently lives in California and works for a large social networking company as a senior programmer.  His passion is the study of written Chinese.
Find Charles on Facebook: www.facebook.com/choosetheforce 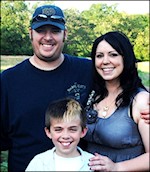 Jennifer Ellen was born in 1980. She lives with her husband Nick and son Ashton in Arizona, having just moved there in 2012 after many years in Utah.   She works as a banker and loves it!  She is a huge lover of animals currently having 4 cats and 1 dog. In her spare time she enjoys just spending time with her pets and family, seeing sights in Arizona and playing guitar.  She is also an excellent artist and writer.  Find Jennifer on Facebook:  http://www.facebook.com/jennifer.e.hull.9     Nick (Jennifer’s Husband) and Jenny were married in 2007 on her parents property, on top of a hill, surrounded by trees!  He is a System Administrator and he loves to spend free time riding four wheelers with son Ashton or watching movies.  He also loves spending time with Kaiya their Alaskan Malamute.

Adam Grant, born in 1982, lives in Arkansas. He is single and has a little girl Viola who lives in Utah. Adam would live, breathe and eat music if he could, being very proficient on the piano, guitar and bass, preforming with his dad when possible.
Find Adam on Facebook:  http://www.facebook.com/adam.rector3

Amy Grace, born in 1984,  lives in Arizona with her daughter Alyssa. Amy is a self employed graphic designer and a songwriter in her free time.
Her works can be viewed and purchased on her website www.amygrace.com

Email any of the grandkids via their name on the contact page.
Each one also has their own photo page on Nancy’s family web site: www.therectorfamily.com 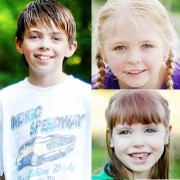 Ashton William, Jennifer’s son, was born in 2001. He spends his free time riding bikes with his friends and playing the video game Minecraft which he LOVES! He aspires to be an architect and based on the worlds he has built in Minecraft he will be a great one!

Viola was born in 2003. She is Adams daughter and lives in Utah with her mom. She loves horses and is an amazing artist and has a great imagination and is always pretending. She also loves to sing and makes up songs all the time.

Alyssa Mae, Amy’s daughter, was born in 2005.  As an energetic and outgoing people person, she loves to talk with everyone and spends a lot of her time riding scooters with her Mom.

More photos of all the great grandkids can be found on daughter Nancy’s family site:  www.therectorfamily.com

Each great grandchild also has their own photo page on Nancy’s family web site: www.therectorfamily.com